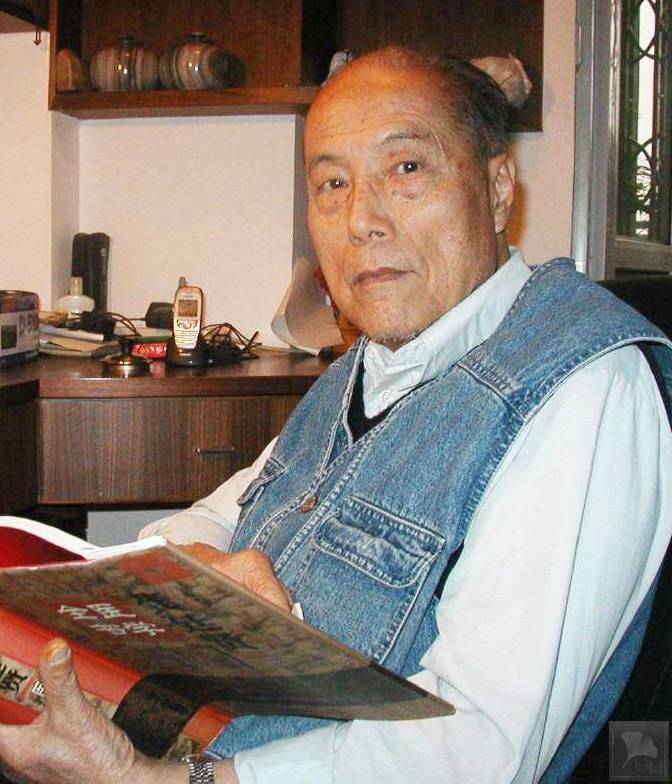 With more than 40 years of clinical experience, Jin Rui, the chief professor and PHD supervisor of Guangzhou University of Traditional Chinese Medicine, established “Jin’s Three-needle Therapy” by studying the essence of acupuncture masters in history and the new research results at home and abroad and conducting systematic experimental and clinical trials repetitively with the endeavor of more than 40 postgraduate students.

There are three aspects of the meaning of “Three-needle”. The first refers to the fact that some diseases can be effectively relieved with three times of treatment. For instance, Three Nose Points can relieve the symptoms of allergic rhinitis after three times of treatment in general. Secondly, it refers to the three crucial and commonly used points in clinical practice, such as the Three Lumber Points for low back pain, the Three Points for Epilepsy and the Three Temporal Points for hemiplegia. The third connotation of “Three-needle” refers to that the Number of Three, in Chinese ancient culture, symbolizes the ceaseless breeding and growing in nature, just as it is said in “Lao Zi”, “one divides into two, two evolves into three, three gives birth to everything. Everything is composed of yin and yang and with plentiful qi, they grows in harmony”.

Jin’s Three-needle Therapy, named after Professor Jin Rui, is a new acupuncture school in Lingnan (Guangdong, Guangxi, Hainan provinces, Hong Kong, and Macaw). It is very applicable and has high scientific value. For example, “The Study of Children’s Mental Retardation Treated with Three Points for Intelligence” was awarded the third prize of Chinese TCM Science and Technology Progress Award by the State Administration of Traditional Chinese medicine in 1998 and in the same year, it was included into the national TCM continuing education program. Also, in 1997, the “Study of Three Temporal Points in the Treatment of Sequelae of Cerebral Vascular Accident” was awarded the second prize of Guangdong TCM Science and Technology Progress Prize.

Jin’s Three-needle Therapy became an independent school and is well-known at home and abroad as it is characterized by simple-and-easy point selection, wide-range application, excellent treatment effect, unique point combination, exquisite manipulation, as well as its profound principles, which is significant in guiding clinical practice (the theory, the principle, the acupuncture formula and the manipulation). 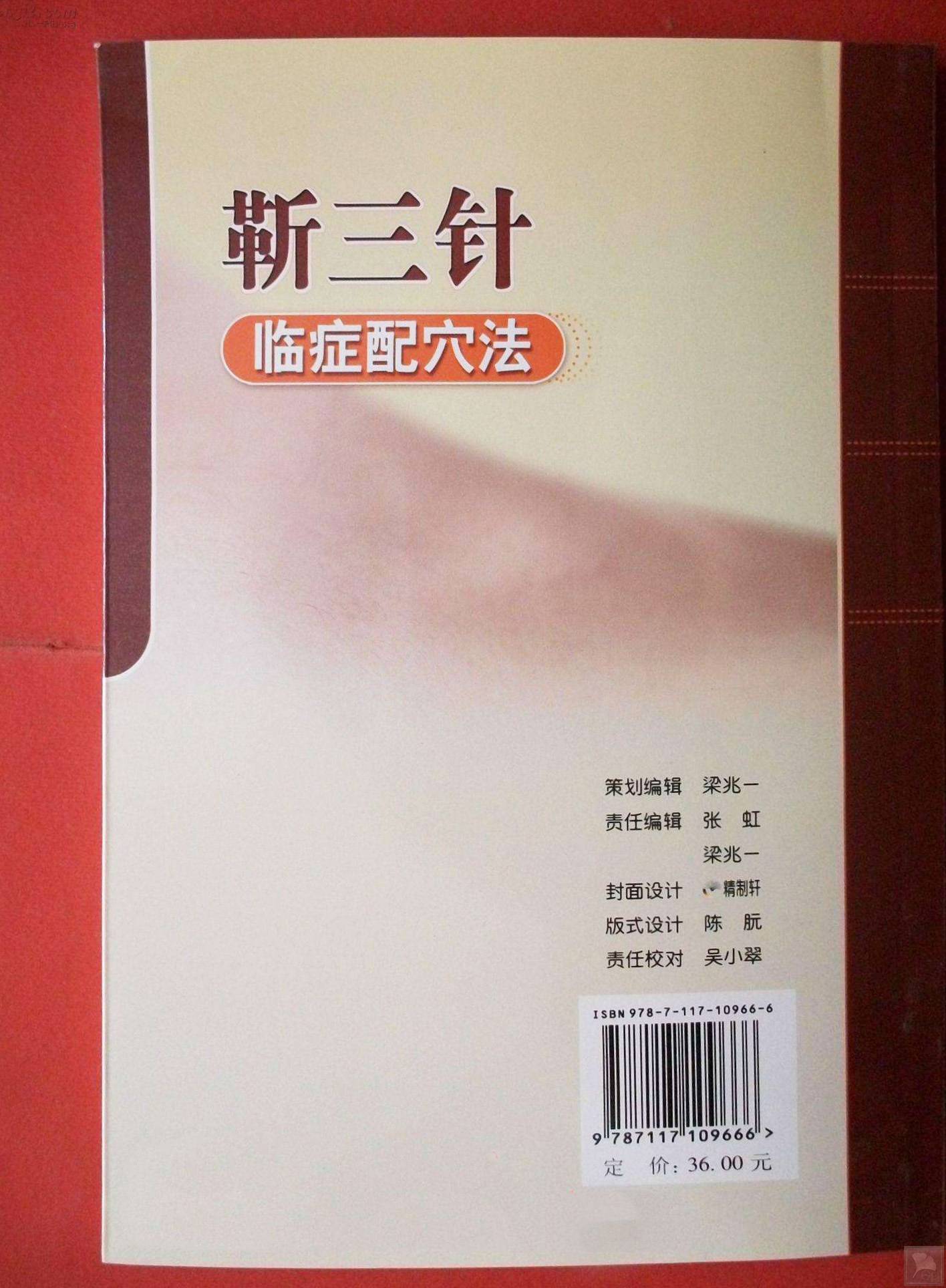 I Formation and Development of Jin’s Three-needle Therapy

Jin Rui, the chief professor, academic leader and PhD supervisor of Guangzhou University of Traditional Chinese Medicine, is a prestigious acupuncturist and the founder of Jin’s Three-needle Therapy, School of Lingnan. He is also one of the instructors of the Nationwide Learning & Inheriting the Experience of Veteran Doctors of TCM and was titled the Prestigious TCM Doctor by the People’s Government of Guangdong Province.
Since 1955, Professor Jin had been practicing and teaching TCM for 51 years and had served successively as a member of the Academic Degree Committee of State Council in the second and third session, and was the member of the TCM Experts of Academic Degree Committee of the State Council, the routine director of Chinese Acupuncture and Moxibustion Association in the second session, the member of Chinese International Committee of Acupuncture and Moxibustion Examination, the member of the Rehabilitation Medicine of Integrated Traditional Chinese and Western Medicine Committee, vice-chairman of the Literature Research Branch of Chinese Acupuncture and Moxibustion Association, the president of Guangzhou Research Institute of Chinese Medicine and Acupuncture, the director of College of Acupuncture and Moxibustion in Guangzhou University of TCM, the director of Research Institute of Acupuncture, the medical advisor of the mentally retarded children of Children’s Welfare Society in Guangdong Province and the medical advisor of Jin’s Three-needle Treatment & Rehabilitation Center in Guandong Province Bank’s Hospital. He was also accredited as the adviser, lifelong acupuncture medical consultant and honorary president by more than ten countries and regions in-and-outside China, such as America, France, the UK, Japan, Taiwan and Hong Kong.
On Jan. 1st, 1932, Jin Rui was born in a family well-known for TCM. According to the family stories, Jin Rui’s family has a long history of practicing TCM. His ancestor, Jin Xian, participated in the compilation of the classic Compendium of Acupuncture and Moxibustion in Ming Dynasty, which set the beginning of his family practicing TCM.
At that time, Jin Xian was living in Shanxi province, where the name of Jin’s manorial is still kept even to today. But after that, Jin Xian left his hometown and immigrated to the south, Guangdong, and resided there. In Guangdong, his family carried on the tradition of practicing TCM and cultivated many renowned TCM doctors in the following dynasties.
In the late Qing Dynasty and the early era of the Republic of China, which was a century ago, Jin Rui’s father, Jin Taihe, practiced TCM and was the director of the Pharmaceutical Factory of Taihedong Kidney Deficiency Pill. Almost all of his families were dedicated to TCM at that time, with his uncle being a famous TCM doctor of the Rong Sun’s Ophthalmology in Guangdong, his elderly sister, Jin Xiurong, being a TCM doctor in Ophthalmology Department of Guangzhou Hospital of TCM and his elderly brother, Jin Yongfu, being a doctor in TCM Ophthalmology Department and the director of Jin Yongfu Carminative Oil Pharmaceutical Factory.
Jin Rui, in his childhood, took the western-style education in Hong Kong Saint Louis School, where he had his view broadened. At the same time, he was instructed with family creeds. Since he was a boy, he always went to his uncle’s clinic playing games and therefore was influenced by the medical practices. When Hong Kong was invaded, he returned back to Sui (Guangzhou) with his family and participated in managing a pharmaceutical factory, which gained him experience in management

The ten years from 1967 to 1976, when Jin Rui was in his 34 to 44, were very important for the establishment of the basics of Jin’s Three-needle Therapy. In 1966, influenced by the Cultural Revolution, most medical workers had to stop their research. However, Jin Rui was designated to join in the medical team “523” formed by Premier Zhou Enlai to study cerebral malaria for his excellent research published on medical journals. This study lasted for years and laid a basis for his following study on encephalopathy.
At that time, he needed to spend half a year annually in Hainan studying cerebral malaria and conducting clinical practices. Once in clinic practice, Jin Rui cured a leader, who had suffered from allergic rhinitis for more than ten years, with three times of needling. After that, Jin Rui was named “Three-Nose-Point Doctor”. As this medical story spread around, Jin Rui’s therapy was named “Three-needle Therapy”.
After the Cultural Revolution, Jin Rui returned back to school, summarized his ten years’ experience and continued to work on teaching and clinical practice. He was awarded the Science and Technology Advanced Worker by Guangdong Technology and Science Conference in 1979.

In 1980，the School of Acupuncture & Moxibustion in Guangzhou University of Chinese Medicine was established and Jin Rui was assigned as the first director. He presided over the design of the school buildings, the establishment of the subjects, and the arrangements of the teaching plan. With the endeavor of all the teachers, the development of acupuncture and moxibustion in Guangdong province was improved greatly.
After Jin Rui took office of the Teaching and Researching Department of Experimental Acupuncture & Moxibustion, the department was gradually expanded into an academic institution with a complete system: Meridian and Acupuncture, Acupuncture and Moxibustion Techniques, Acupuncture and Moxibustion Therapies, Acupuncture Literatures Research, Meridian Research, Qigong Research and Acupuncture and Meridian library. These specific classifications laid the foundation for regularizing the acupuncture and moxibustion basics and the research and teaching as well.
During that time, Jin Rui edited the national standard textbook, the Anthology of Acupuncture and Moxibustion based on Anthology of Acupuncture and Moxibustion Classics, which was published in 1986 and it represents Jin’s high academic achievements in acupuncture and moxibustion classics research.
In 1987, when the State Administration of Traditional Chinese Medicine (SATCM) was to summarize the forty-year-TCM achievements obtained since the foundation of the People’s Republic of China, Jin Rui was appointed as the head of the editorial board to take charge in the summarization of clinical acupuncture research work.
With this opportunity, Jin Rui guided his student Zhou Jiefang, who is now the headmaster of Chinese Medicine School in Chinese University of Hong Kong, to input the typical clinical acupuncture research conducted after the foundation of the new China into computer for analysis and sum-up.
With the study of the point selection rules of the doctors all over the country by reading the relevant literatures, Jin Rui found that there are always three points that play the most important role in treating every disease. Based on this discovery, Jin established the Jin’s Three-needle Therapy, which takes the most important three points as the basic points in an acupuncture formulae.

In the 1980s, Jin Rui was assigned as the medical advisor of the mentally retarded children by the Children’s Welfare Society in Guangdong Province, and afterwards he carried out the acupuncture treatment and research for the retarded children. During this period, he had established the “Three Temporal Points” for treating the sequelae of apoplexy, the “Three Points for Intelligence” for retarded children, the “Three Points for Syncope” for autism, and the “Three Points for the Mind (Shen)” for hyperactivity. With this experience, he chose the treatment for cerebral disorders in both children and adults as his main research direction.
Apart from clinical practice, Jin Rui, along with his PHD and postgraduate students, performed series of scientific and clinical research about the mechanisms of Jin’s Three-needle Therapy with high-tech means of biology, cytology, electrophysiology, genetics, iconography, immunology and encephalology, which cost a lot of human and economic resources.
With the combination of teaching, researching and clinical practicing, which are complementary to each other, Jin’s Three-needle Therapy had gained wide recognition in the field of acupuncture and moxibustion. In 1993, he was titled as Prestigious TCM Doctor by the People’s Government of Guangdong Province.

In 1997, his research, “Clinical and Experimental Study on Sequelae of Cerebrovascular Accident Treated by Needling Temporal Points”, won the second prize of Guangdong TCM Science and Technology Progress Award. In 1998, the research, “Clinical Observation and Study on Three Points for Intelligence in the Treatment of Retarded Children” was awarded the third prize of Chinese TCM Science and Technology Progress Award.

With Jin Rui’s hard work in guiding large number of postgraduates to study Jin’s Three-needle Therapy, it was further developed. In 2001, Jin Rui Scholarship for Excellent Doctoral Dissertation was established by Guangzhou University of TCM. In 2003, the study, Research on Encephalopathy Treated with Jin’s Three-needle Therapy, was awarded the first prize of Science and Technology Outstanding Contribution Award by the Science and Technology Conference of Guangzhou University of TCM. Jin’s Three-needle Therapy was included into the National Continuing Education Program of TCM by SATCM in 1998, 2002 and 2004. In 2004, after the acceptance check of SATCM, Jin’s Three-needle Therapy, as one of the first proper clinical techniques approved by SATCM, was selected into the national Xinyuan Plan and was recorded into CD for transmission.
In 2005, Study on Inheritance of Jin Rui’s Academic Thought and Experience was included into Study on Inheritance of Clinical Experience in Diagnosis and Treatment of Prominent TCM Doctors with Information Mining Technology, which is one of the projects of the “Tenth Five-year Plan” constructed by Chinese Government for solving science and technology key problems.